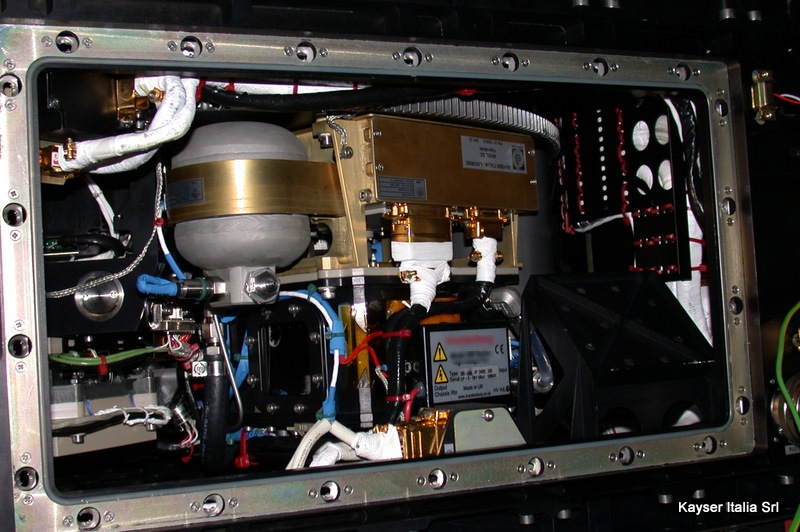 ARIEL is an evolution of GABRIEL, the experiment flown on the MASER sounding rockets, launched from Kiruna (Sweden) on 1996 and 1999.

The main objective of the ARIEL experiment was to measure, in micro gravity environment, the heat flux from a heat controlled surface to saturated FC-72 refrigerant with and without electrical field. The Principal Investigator was Professor Walter Grassi of the University of Pisa (Italy).

The ARIEL experiment flown in the FluidPac ESA facility (VDD, Belgium) on board the Foton-M2 mission.

The experiment environment has been monitored via several temperature and pressure sensors and with video and IR diagnostic. The cell provided temperature and pressure control, other then safety switch-off. The heater was made of a custom thin gold deposition over a quartz window. The power applied to the heater was constantly controlled by  a dedicated unit that provided the real-time measurements of the heater resistance.

Kayser Italia has been responsible for the entire experiment development, qualification and integration at the launch site.  During the Foton-M2 program, Kayser Italia was also responsible for the Fludipac’s satellite interfaces and for the facility’s Peltier cell control electronics. The Foton-M2 capsule was launched from the  cosmodrome of Plesetzk, in June 2005. ARIEL remained in space for 16 days.