Knowledge of the radiation field impacting the ISS environment is mandatory to provide information for the radiation risk assessment, to validate models and define countermeasures.

LIDAL is designed to work paired with 3 ALTEA SDUs (Silicon Detector Units) onboard the International Space Station, in order to allow evaluating the kinetic energy of impinging particles through Time Of Flight (TOF) measurements. At the same time, LIDAL will also trigger the ALTEA acquisition for low-Z ions, in particular protons,enhancing the ALTEA sensitivity for such particles.

LIDAL consists of two plastic scintillator modules, namely LIDAL Detector Units (LDUs), placed at about 60 cm of distance each other: three ALTEA SDUs in ‘telescope configuration’ have been arranged between them.

The small baseline of 60 cm used for the TOF measurements places LIDAL on the edge of the current space technology.

Besides the two LDUs, LIDAL has a Control Unit (LCU) to manage the LDUs (providing power and acquiring data) and to communicate with ALTEA DAU (Data Acquisition Unit) to which sends the acquired data after proper formatting.

LIDAL is designed to accomplish multiple tasks paired with the ALTEA SDUs:

Once on-board, the LIDAL-ALTEA P/L has been activated and is continuously acquiring radiations data without the intervention of crew for the all experiment duration (6 to 48 months).

Data will be acquired on ground from the User Home Base at the University of Roma Tor Vergata, where they will be processed and analyzed by the Principal Investigator.

LIDAL-ALTEA has been certified for operating in the USLab, in Columbus and/or in JEM modules.

As presented above, the first period of operations are performed in the Columbus module. LIDAL has been installed and activated on January, 19th 2020 by the italian astronaut Luca Parmitano. 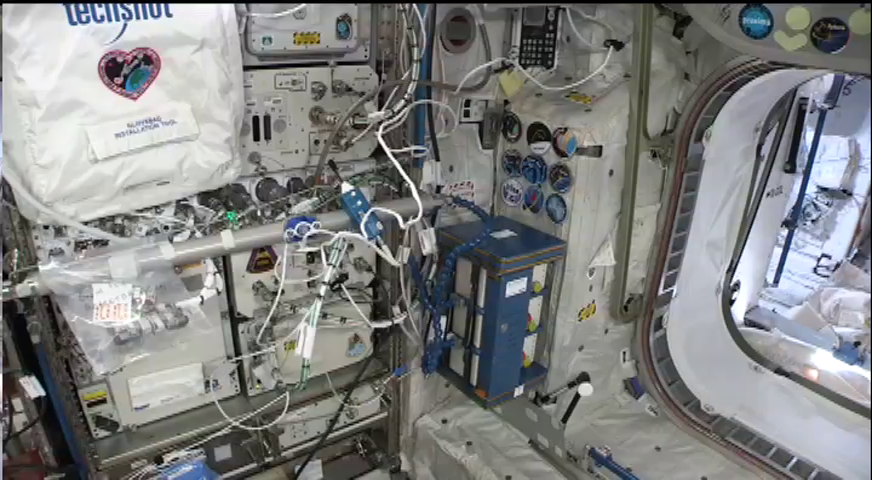 The P/L is exposed in the cabin aisle restrained by two flexible brackets or two multi-use brackets which have the same interface to the P/L.

The Principal Investigator (PI) is Prof. Livio Narici of the University of Roma Tor Vergata. The Payload Developer (PD) is Kayser Italia S.r.l.