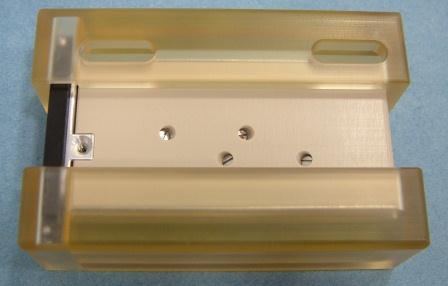 PKINASE experiment: Monocytes liquid culture is required by the scientists to confirm that Protein Kinase C (PKC) signalling in human monocytes is inhibited in microgravity.
Scientists aim at characterizing the effect of microgravity on the activation of PKC isoforms and their spatial distribution; to determine the effect of microgravity on PKC regulated genes controlling monocyte differentiation, initiation of apoptosis and cell cycle arrest; to restore microgravity inhibited PKC isoforms by application of translocation enhancers and
determine whether these agents can restore expression of genes perturbed by microgravity.

Hardware performance: The EU is designed to allow a liquid culture of human Monocytes. Cells are activated, incubated and fixed as required by the scientific protocol. The EU can perform four experiments at the same time. Outcomes are validated by comparison. Different cells kind and microorganisms can fit into the EU.