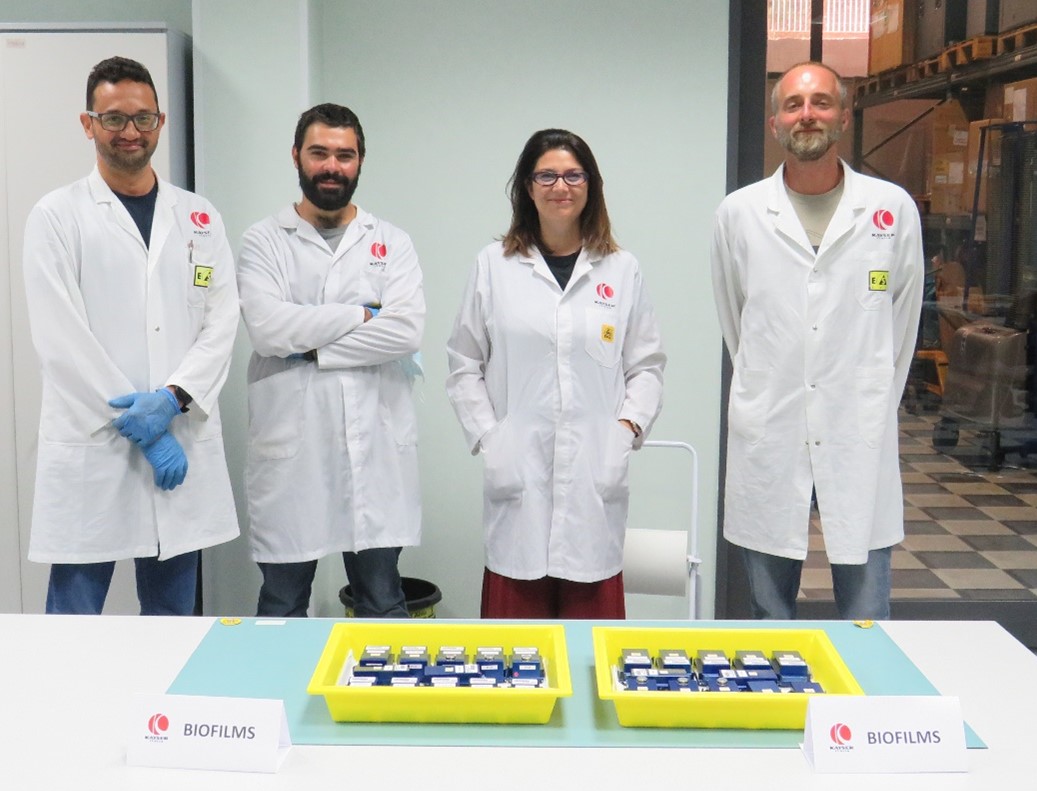 BIOFILMS – the experiment developed under the European Space Agency Biomission 2017 Procurement Contract – has been successfully launched on the CRS SpX-23 from the Kennedy Space Center Launch Complex at 9:14 AM .

The experiment, conceived by the Deutsch Space Agency (DLR-Germany), investigates how biofilms are formed in low gravity in a liquid environment inhibiting or non-inhibiting metal surfaces. Within a single experiment, different microbial species will be tested and different metal surfaces will be cross-compared. The biofilms will be growing on board of the ISS at three different g-levels: 1g (for reference), zero-g and Martian-g.

The data generated by the on-board experiment will be indispensable for the future selection of antimicrobial materials in support of astronaut-/robotic-associated activities in space exploration.

Kayser Italia is responsible for the design and development of the BIOFILMS bioreactor which allows to automatically hydrate the dry bacteria sample at the beginning of the on-board experiment and to fixate the liquid sample at the end of the incubation profile.

The hardware – properly filled with the biological sample for the execution of the experiment –  was prepared for the shipment toward the Cape Canaveral launch pad through a joined effort between DLR and Kayser Italia. Indeed, due to the limitations on travelling posed by the COVID-19 pandemic, the hardware filling and integration was performed by remote with each team working separately at its own premises. It was a big success to have the BIOFILMS hardware shipped and received by NASA in time to be uploaded onto SpX-23.

The BIOFILMS experiment will be executed in the KUBIK incubator available on board the International Space Station.